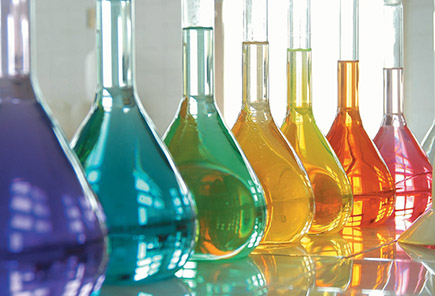 Acids are widely used in the manufacture of various substances such as solvents, chemicals, foods, fertilizers, medicines and plastics. The concentration of an acid usually determines where it can be used.

Acid corrosion is the wearing away, or gradual destruction, of materials by acidic compounds. The acids involved may come from the atmosphere, soil or groundwater, and water is necessary for the reactions to proceed. Acid corrosion of metals is caused by electrochemical processes. There is a great range of metal corrosion processes.

J.H. Equipment supplies a variety of glass-lined/borosilicate reactors and vessels for the acid industry which work perfectly under strong acidic corrosive environment. Generally, J.H. Glass-lining has a high degree of resistance to acids whatever their concentration, up to relatively high temperatures. For most of the inorganic acids, the resistance of the glass passes through a minimum for a concentration of 20-30% weight, then increases with the acid concentration. For example, the 0.1mm/year rate is found at 128℃ in H2SO4 30% and at 180℃ in H2SO4 60%.

For the storage and transport of nitric acid and sulfuric acid at high concentration, we make aluminum tanks, which works well.